At the time that Victoria Sass was approached by a Minneapolis couple to revamp their compact kitchen, the principal and design director of locally based Prospect Refuge Studio was coincidentally absorbed in a book delineating the seven different philosophies that comprise Japanese aesthetics. These ancient ideals, including wabi (imperfection) and sabi (patina), organically found their way into her initial concept deck for the ornamentation-averse clients.

This was woven through the story of the house itself. “We wanted to be respectful,” Sass says, “so we’re not forcing artificiality and not erasing its history,” she points out. 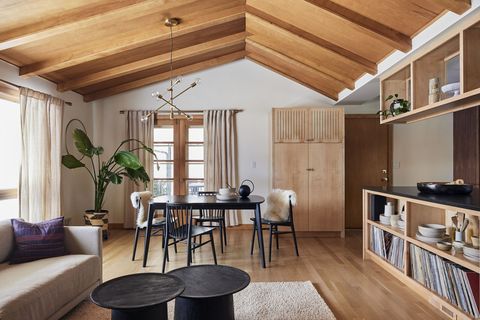 Meals now take place at a table that was already part of the homeowners’furniture collection.

For this particular home, what Sass describes as “a well-preserved midcentury rambler ranch,” adding more space to the galley kitchen was essential given there was also a teenager and a pre-teen, along with a dog and a cat, to accommodate.

On one side of the wall was the living room, anchored by an original stone fireplace. “They were days away from painting it and I told them to please not do it, to let me give them a chance to love it as is!” Sass recalls. Opposite, an entry, kitchen, and breakfast nook fed into the garage. “There was too much utility packed into this one little hallway,” explains Sass, “but it was all original, so they were conflicted about remodeling. There were lots of bodies and the kids were getting physically bigger. Sometimes lifestyles change; the way we entertain changes. The kitchen needed to change for it to be sustainable for them.” 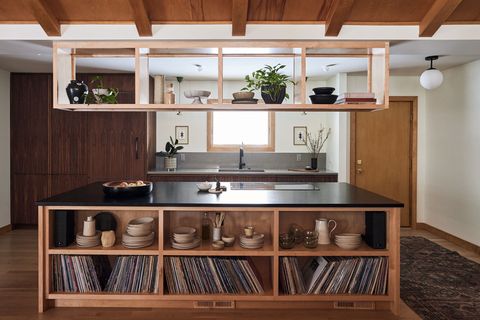 The couple wanted the upgrade to be as low-impact as possible, so Sass focused efforts and budget on removing the wall dividing the kitchen and living room. From there, the family requested a minimalist blank canvas, rather than any unnecessary adornment, so that they could rotate in artworks with ease, say, or give their sizeable stash of vinyl the limelight.

“We wanted to keep the vibe raw and elemental.”

Eliminating clutter is one of the principles underpinning Japanese design, and Sass deftly demonstrates it in the form of an arresting 10-foot-long island topped with a massive block of soapstone. “We played with proportion, to put such a large unit in such a small space, but it feels good in there,” says Sass. This grounding feature, intentionally lacking seating, is not a place to gather as it often is in other kitchens, but merely a functional workspace. Appliances are housed on one end, while tableware and those beloved albums are on the one appropriately fronting the living area. 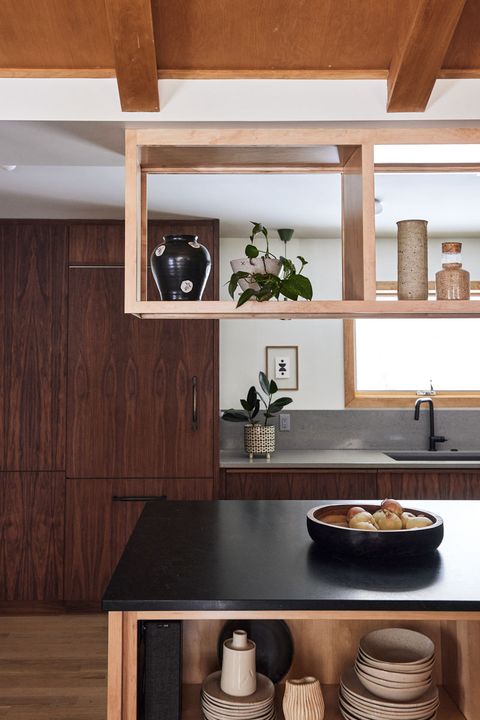 The star of the revamped kitchen is a large maple island paired with a black soapstone countertop.

Above the island is a row of floating shelves, one of Sass’s favorite elements. “When we were taking out the wall, we kept thinking how we could separate the spaces without them feeling too open or too closed,” she remembers. The shelving was a key solution. Nodding to other homes of the era with see-through storage, it simultaneously infuses the now-vast room with warmth and humanity by serving as a display case for ceramics and plants.

Another highlight for Sass is the melange of woods, including maple, walnut, and the unidentified species covering the ceiling and trim. “We wanted to keep the vibe raw and elemental,” she says. “It was a fun exercise in stripping away and making it about masses rather than intricate details.” 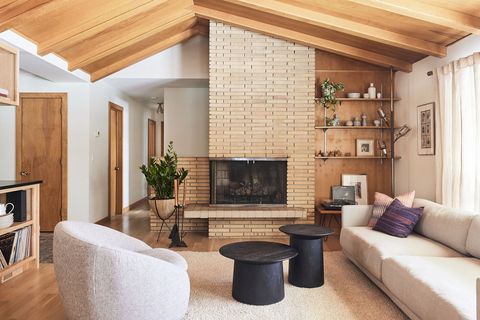 How to Decorate Bedroom Walls?

Sat Jul 23 , 2022
Your bedroom is more than just a peaceful haven to get a good night’s sleep. The appropriate decor will help your ability to unwind, and wall art such as my life painting, like most furniture and accessories, is crucial to your bedroom design. Several types of the wall art are […] 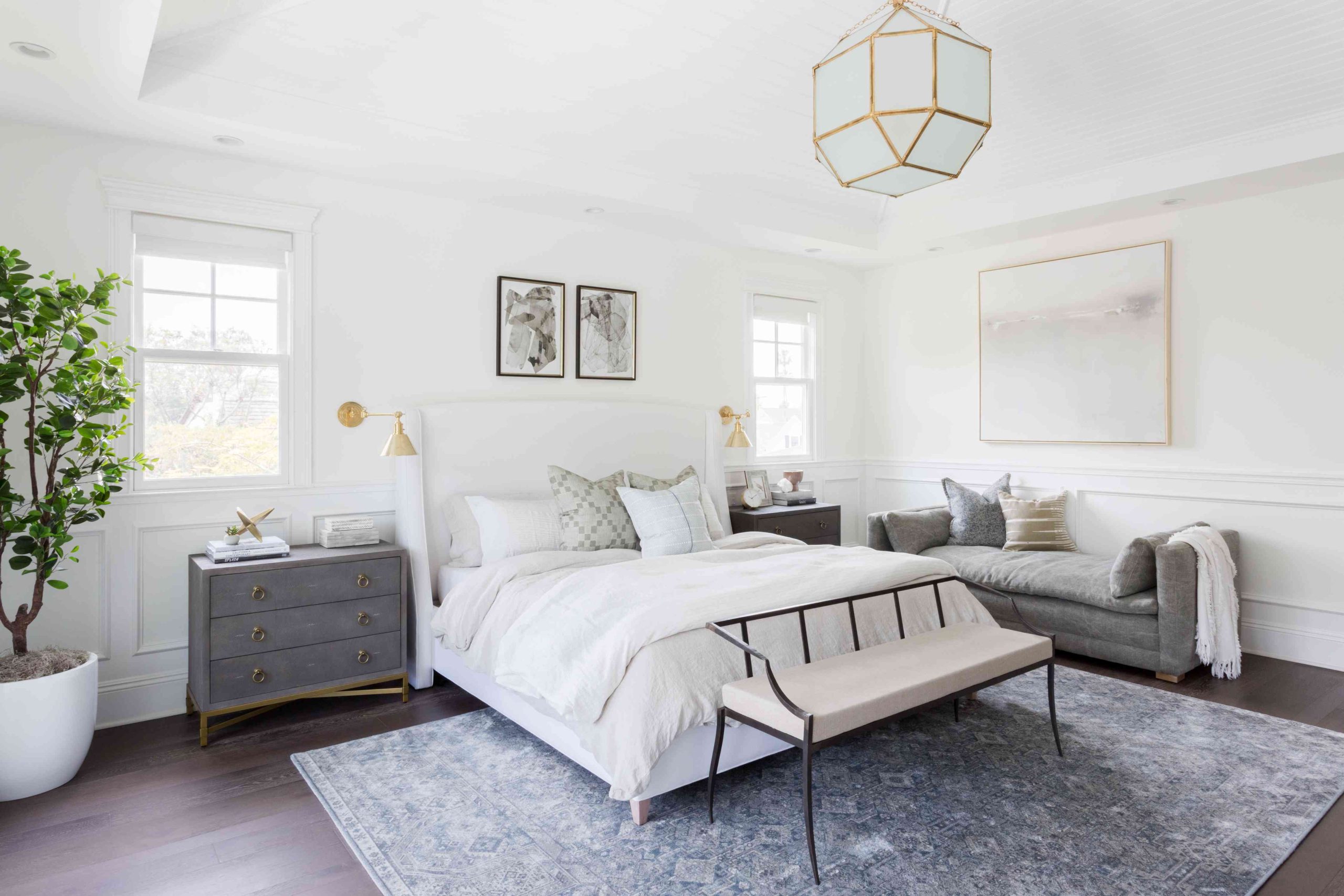